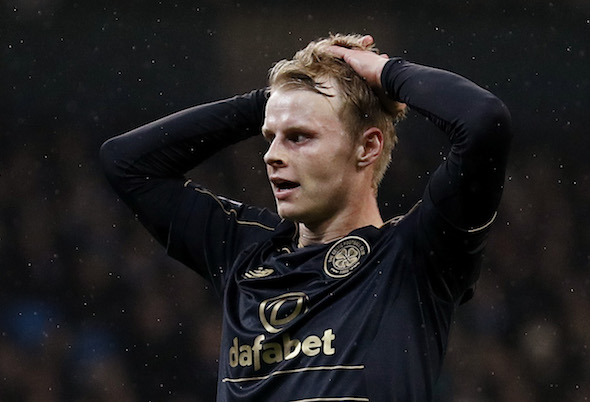 Gary Mackay-Steven has been treated for hypothermia after being rescued from a river in Glasgow – and Celtic fans have expressed their sympathies on Twitter.

Aberdeen released a statement on their official website on Monday morning to confirm reports that Mackay-Steven was pulled from the River Kelvin by a fireman in the early hours of Sunday morning following a night out.

The club revealed that the Dons player is “now at home and recovering well” from the incident, which took place in the wake of their 4-3 victory win at Partick Thistle on Saturday, a result which sent Derek McInnes’ side two points clear of Celtic at the top of the table.

The Scottish Sun reported that Mackay-Steven visited a nightclub nearby with another player after the game and subsequently fell into freezing waters, where he spent nearly 90 minutes.

Celtic fans took to social media in their droves to deliver their verdicts on the incident involving the attacking midfielder, who quit Parkhead for Aberdeen earlier this summer.

Really hope Mackay-Steven is okay, not a good thing to hear that

Really hope Gary Mackay Steven gets all the support he needs. Not sounding good from what I hear. @AberdeenFC ????

Cannae believe Gary Mackay Steven had to get rescued after falling into the Kelvin hahahah. That’s so Gary.

Bit of a strange one with mackay-Steven ????

Mackay-Steven falling into the River Kelvin isn’t the worst part of his career, thats being pocketed by St Mirrens defence the Scottish cup

My thoughts and prayers are with Gary Mackay-Steven at this horrific time for him and his family. Hope he gets well soon. pic.twitter.com/hDwk4fUlzF

Mackay-Steven, capped once for Scotland, signed for Aberdeen after two-and-a-half years at Celtic.

The winger has made seven appearances for his new club so far, scoring once in the Europa League qualifiers against Bosnian side Siroki Brijeg.

In other Celtic news, the club are poised to announce the big-money signing of an electrifying attacker today as he heads in for a medical.