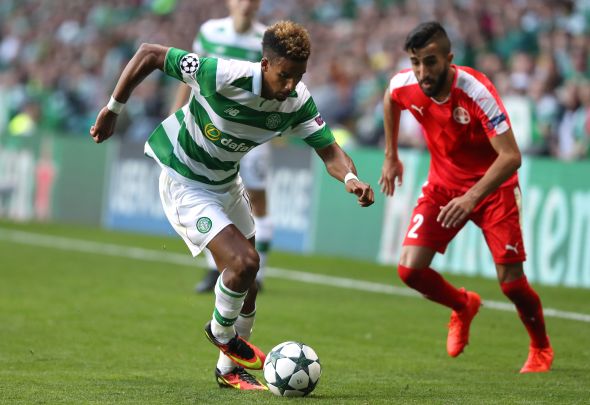 Celtic fans are delighted with Scott Sinclair on Twitter after he broke the deadlock in Celtic’s 3-0 win over Inverness.

The left winger calmly finished Callum McGregor’s chipped through ball early in the second half, as Brendan Rodgers’ side finally broke through the Caley Jags’ defence.

Sinclair, who moved to Glasgow from Aston Villa this summer for around £3.5million, scored his tenth goal of the season in just 20 league and cup appearances.

Celtic fans were delighted to see the former Manchester City and Swansea man get on the scoresheet once again, with many claiming Sinclair to be a brilliant piece of business from manager Rodgers.

SCOTT SINCLAIR – I LOVE IT.

Scott Sinclair he scores when he wants 🍀⚽️ #CELICT

The win pushes Celtic 10 points clear at the top of the Scottish Premiership, with Rangers to play on Sunday and Aberdeen securing three points against Partick on Friday night.

Sinclair, who has worked with Northern Irishman Rodgers at Chelsea and Swansea before signing him for Celtic, is expected to keep up his goalscoring form as Celtic look to secure European football after Christmas.

In other Celtic news, this moment will be crucial if Celtic fail to secure Europa League football.