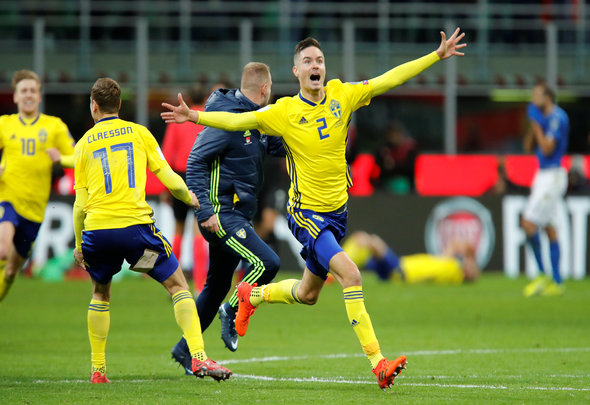 Celtic fans will have a keen eye on the World Cup on Monday afternoon, when Hoops first-team regular Mikael Lustig gets set to play for Sweden against South Korea.

Hoops fans will be intrigued to see how the 31-year-old fares in the game, but they will be slightly anxious in case the player, who has had injury issues in the past, gets injured once again.

The Bhoys can’t afford to do without Lustig for anymore of the Champions League qualifiers than he is already going to miss by being in Russia, as he is the only recognised right-back that is used by the Hoops boss Brendan Rodgers.

If Lustig suffers an injury in the World Cup, and misses the rest of the qualifiers, then the Hoops boss could be forced into an emergency signing of a right-back.

Cristian Gamboa – who is also at the World Cup – has been a Hoops outcast for almost the last year, and Jack Hendry has not shown enough to show that he is good enough to play at right-back.

Rodgers will no doubt be watching closely at Lustig as the Hoops return to first-team training, and he be cautiously optimistic that Lustig is able to get through the World Cup without suffering an injury, and he will return to Glasgow unscathed and ready to go for the Champions League qualifiers.

In other Celtic news, Murdo MacLeod has given his verdict a recent Hoops signing