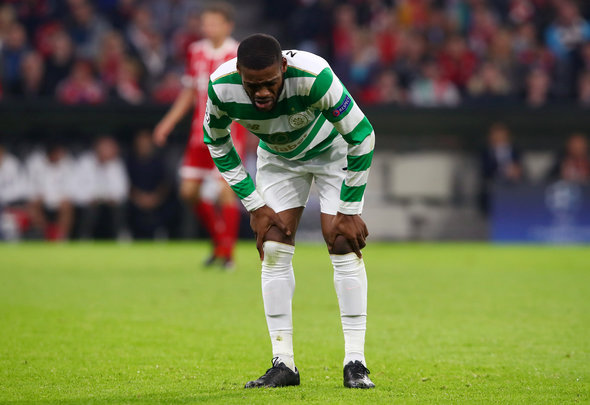 Celtic fans have slammed Olivier Ntcham for his dead-ball deliveries in the 3-2 win against Rangers at Ibrox on Sunday.

Ntcham, 22, saw a lot of the ball throughout the game, but his delivery at set-pieces was a serious taking point among Hoops supporters on Twitter.

The midfielder has been ever-present in Brendan Rodgers’ side this season, making 39 appearances in all competitions even though he is one of the players that is usually rotated around.

In those outings, the Frenchman has scored seven goals and supplied five assists in what has been a brilliant first season at Parkhead after signing from Manchester City in the summer.

However it seems that fans feel Ntcham was well off the boil against Rangers, with one supporter claiming his final ball into the box is “rotten”.

Ntcham’s delivery is rotten, put someone else on free kicks and corners

Ntcham and Boyata have been absolutely shocking.

Why is Ntcham STILL our set-piece taker? His shooting accuracy is abysmal.

Ntcham appeared to be at the centre of all of Celtic’s good play throughout the Glasgow derby, but clearly not everyone was impressed.

They will no doubt be happy with the result though as the Hoops basically ended any hopes that Rangers had of winning the Scottish Premiership title.

Tom Rogic, Moussa Dembele and Odsonne Edouard were all on target to earn three points, even though Jozo Simunovic was sent off while the scores were level.

In other Celtic news, this Arsenal star has claimed he would rather see this Rangers fringe player score against Celtic than win the lottery.