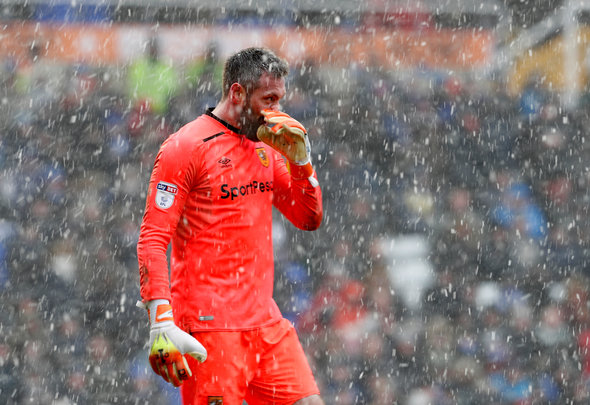 Celtic fans have taken to social media to tear into goalkeeper Allan McGregor after his return to fierce rivals Rangers was confirmed after leaving Hull City.

The 36-year-old was revealed via the club’s official Twitter account as the Gers’ second signing of the Steven Gerrard reign after Scott Arfield, heading back to Ibrox after five years with the Tigers to put pen to paper on a new two-year deal.

The Scotland veteran, who has 38 caps for the national team under his belt, was a graduate at the youth system in the blue half of Glasgow and went on to make 250 appearances during his time at the club, before departing in controversial circumstances back in 2012, choosing to end his contract as the Light Blues entered administration.

He left for Turkish side Besiktas before returning to the United Kingdom to join Hull, where he went on to turn out 147 times for the northern side, while he also made 19 appearances at Cardiff City during a loan spell from the Tigers.

With their rivals having kicked off their transfer business, the Celtic fans appeared not to be too worried, and were left mocking the Gers on Twitter for taking on a man who had abandoned ship during the financial difficulties they suffered.

Here, Football Insider has rounded up a selection of the Bhoys’ best tweets:

Is that the same Alan Mcgregor that abandoned the old club in their desperate hour of need.

McGregor back to Rangers. Hope we announce the return of Samaras in the next week or 2

I thought McGregor was one of the players who walked away from SEVCO. Now that he is past it and no one wants him, he has walked back in. It will be interesting to see how he is received by the Orcs. I reckon both parties are pretty desperate here. Happy days!

In other Celtic news, the Hoops must move fast to sign Odsonne Edouard