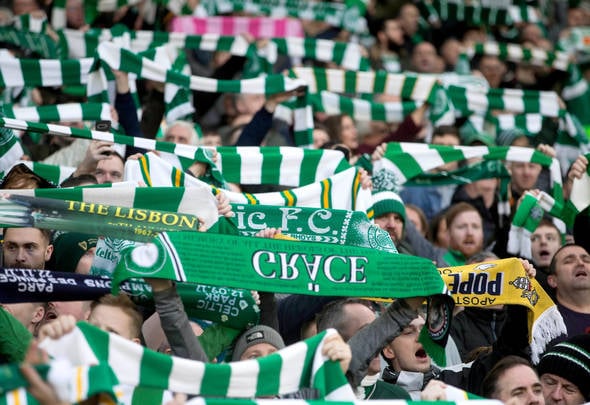 Celtic season ticket holders could save the club money and earn a say in boardroom appointments if a proposed new scheme is successful.

That is according to finance guru and Football Insider columnist Kieran Maguire, speaking exclusively after the Celtic Trust called for the club to issue shares in Celtic PLC to season ticket holders as compensation for missed matches in 2020-21.

The proposal was officially tabled to the club at the beginning of March and if actioned would give shareholders a vote in boardroom appointments.

THREAD: The Celtic Trust calls for a louder voice for fans in the running of the club.

Our share proposal for STHs would represent a positive step towards greater fan engagement.

In an accompanying statement, the trust wrote: “Celtic met with supporters’ groups including The Celtic Trust last summer and pledged to maintain the value of the season ticket. Our share proposal is a zero-cost way for the club to fulfil this promise to supporters.”

Maguire claims this move would save the club money in terms of refunds and allow the savings to be redirected to the transfer kitty.

He told Football Insider correspondent Adam Williams: “You’ve got to look at it from everybody’s point of view. If they do this instead of refunds then that saves the club cash.

“That cash can then be used to put into the players’ budget. As a shareholder, you get the opportunity to attend the annual general meeting.

“Is it likely to happen? Ultimately it’s Dermot Desmond who would make that decision.

“The number of shares that are being issued wouldn’t significantly reduce his percentage in terms of his ownership of the club. He will still be in control. But certainly from a cash flow perspective, I think this could be a good idea.”

The Celtic Trust’s proposal is for £460 worth of the value of a £550 season ticket to be refunded as shares.

They claim that it is “extremely unlikely” that supporters will be issued with cash refunds.