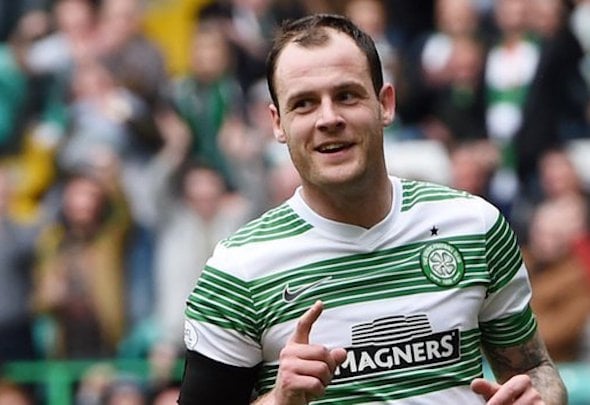 Anthony Stokes has been told he is free to leave Celtic as Rotherham prepare to make an offer for the striker, according to a report.

The Daily Record claim the Scottish giants considered taking up a year’s option on the former Arsenal striker Stokes in the hope of commanding a £500,000 fee but have now agreed to part company with him.

New Millers boss Stubbs has confirmed he wants to be reunited with the forward but it is said Rotherham are one of eight English clubs interested.

“I wouldn’t rule out an interest in Anthony Stokes but we wouldn’t be on our own,” said Stubbs, as quoted by the Daily Record. “There will be a number of clubs interested him, particularly if it’s a free transfer.”

Stubbs had the 27-year-old Irishman on loan from the Hoops in his last managerial post at Hibernian.

Rotherham’s fellow Championship side Birmingham are among the clubs who have been linked with a swoop for the striker, who joined Celtic from Hibs six years ago.

The trouble resulted in Celtic shipping him out on loan to Hibernian and, although the Republic of Ireland international spoke about his desire to be part of Brendan Rodgers’ new look side, the Hoops have reportedly not taken up their option of a one-year extension in order to command a fee for the striker.

“I know him from his time at Hibs and at Celtic,” Stubbs said of the former Arsenal and Sunderland player. Obviously, it doesn’t hurt that I have a good relationship with him already.

“I like to have a good relationship with all my players. I talk to them before and after training. I have had a lot of players from Hibs ring or text me to wish me well since I moved to Rotherham.”