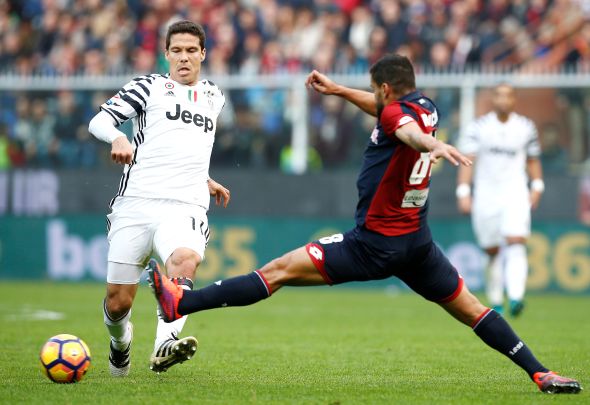 Celtic should throw their hat into the ring after summer target Hernanes was reportedly told he could leave Italian champions Juventus.

Transfer expert Gianluca Di Marzio revealed on his website that the 31-year-old star has been told he can leave, with Serie A side Genoa said to be interested in the attacking midfielder.

Italian publication Calcio Mercato claimed that the 27-time Brazil international was interesting the Bhoys in the summer, and here are three reasons why he would improve Celtic.

Brendan Rodgers will be looking for another group stage campaign among the Champions League elite next season, after performing bravely against the likes of Barcelona, Man City and Borussia Monchengladbach. With experience in the European competition for Juventus from the last two seasons, Hernanez possesses the know-how that could prove crucial in helping the Hoops secure a place in the group stages and potentially even further. With 38 appearances in the Europa League for Lazio and Inter Milan, a third-placed finish in the group stage would also see Hernanes use his knowledge to further Celtic in Europe.

The Australia international has been in wonderful form in the green and white of Celtic this season, scoring ten times and providing a further five goals in assists during his 27 league and cup encounters from the number 10 role. However, in his nine Champions League appearances, the 24-year-old manage one solitary goal and bringing in Hernanes could help the 47-time Scottish champions improve their attacking options against Europe’s biggest sides.

Juve are looking to offload their versatile midfielder, with the likes of Miralem Pjanic, Sami Khedira and new signing Tomas Rincon all ahead of him in the midfield pecking order. With his contract ending in less than 18 months, Hernanes is likely to be allowed to leave on the cheap in the upcoming transfer windows. A loan-to-buy deal would allow Rodgers to take note on Hernanes first hand, before looking to sign him on a permanent basis in the summer if he is a success at Parkhead.

In other Celtic transfer news, these five players could leave Celtic Park before the end of the January transfer window.