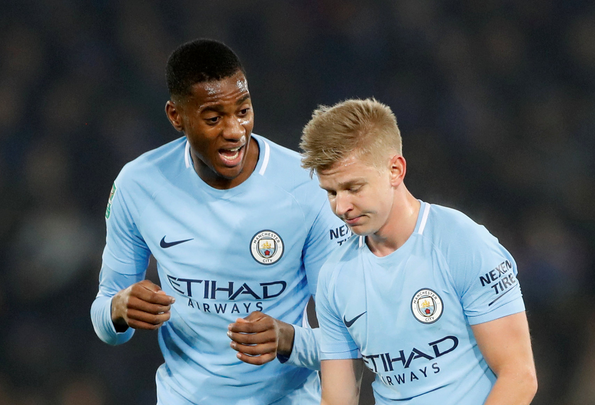 COMMENT
Celtic are wanting to add another centre-back to their squad, and Dundee’s Jack Hendry has frequently been mentioned as a target. But another player has become available that would fit the bill.
The Daily Mail are reporting that Manchester City are willing to let centre-back Tosin Adarabioyo leave on loan, following their singing of Aymeric Laporte.
The 6ft 4in defensive colossus is highly-rated by the Premier League leaders, with a hot of clubs reportedly interested in buying the 20-year-old.
Celtic have been linked with the player before, with the Daily Record reporting last January that the Hoops wanted to sign the player on a permanent deal as his contract was running out.
However, whilst their hopes of buying the player permanently were dashed when Adarabioyo signed a new contract with Manchester City, the Hoops should still try and recruit the player to Glasgow.
The player would also be eligible to play in the Europa League last 32 tie against Zenit, unlike recent signing Marvin Compper.
An 18 month loan deal – similar to the one signed by Charly Musonda – would be the ideal scenario for both the player and the club.
The Scottish Premiership league leaders should endeavour to get this deal done before the transfer window slams shut.
In other Celtic news, Moussa Dembele can kickstart his season with a good display against Hearts
We’ve launched a << BREAKING NEWS FEED>> exclusively for your club. ‘Like Us’ on Facebook by clicking here if you want 24/7 updates on all Celtic breaking news.