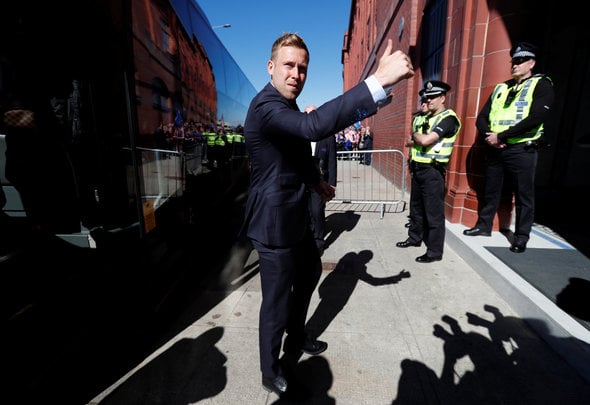 Jackie McNamara has singled out Rangers midfielder Scott Arfield as the danger man for Steven Gerrard’s side ahead of Sunday’s derby clash against Celtic.

Speaking exclusively to Football Insider, the former Hoops and Scotland star says that the Canadian international has proven he can hurt the Bhoys in the past, scoring in their 2-0 Old Firm win at Ibrox last season.

He netted a total of 12 goals across all competitions for Steven Gerrard last season and already has two to his name during the current campaign.

McNamara says that the Hoops will have to be on their toes to try and stop the 30-year-old, suggesting that Rangers’ tactics in their last meeting brought the best out of the former Burnley man.

McNamara told Football Insider: “It’s going to be interesting to see how both teams set up. Arfield can be a danger with his late runs, he’s scored against Celtic at Ibrox when they overloaded that midfield area between the striker and the midfield.

“He makes some clever runs, he’s one that Celtic need to watch out for.”

Arfield has played nine times already this season, including 72 minutes in the Europa League qualifying clash against Legia Warsaw in midweek.

Rangers won both derby days at Ibrox last season while Celtic came out on top on both occasions that their rivals visited Parkhead.

In other Rangers and Celtic news, Danny Mills has told Football Insider which one man will be “absolutely crucial” on Sunday.