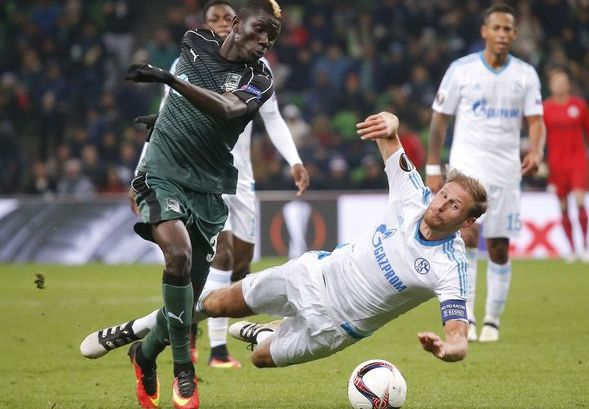 Celtic newcomer Kouassi Eboue is back in training after being rushed to hospital to receive treatment for malaria.

The 19-year-old joined Celtic just over a week ago for £2.8million, but has yet to make his competitive debut for the club as he awaits work-permit approval.

However, his arrival at Parkhead this month hit another setback after it was reported by the Sun that the Ivorian had been struck down by the malaria virus.

He was sent to Queen Elizabeth University Hospital in Glasgow for treatment, but after reportedly returning to training on Monday, Celtic boss Brendan Rodgers does not believe that the virus will delay his long-awaited debut any longer than he had previously anticipated.

Rodgers said: “It’s going to be a wee bit of time for Eboue.

“He hasn’t trained in a while. We will get him up to speed over the next few weeks.”

It was reported in The Sun that a source close to the player said, “The symptoms were very mild and he wasn’t in hospital for too long. He was able to do some training on Monday.”

His agent Yves Amagbegnon, meanwhile, admitted that there was “nothing to worry about”.

Celtic fans will no doubt be concerned that their new arrival has been dealt another setback in his bid to make his Parkhead bow, but they will be reassured that the issue is nothing serious.

He was back in training on Monday, as he continues to build up his fitness and settle down in his new environment.

Former Celtic footballer Bobo Balde had previously been hit by the deadly virus back in 2004, whilst on international duty with Guinea. But he too made a swift return to action, and spent five more years at the club.

In other Celtic news, the Hoops are going head-to-head with several of the Premier League’s big guns to land this Scottish wonderkid.