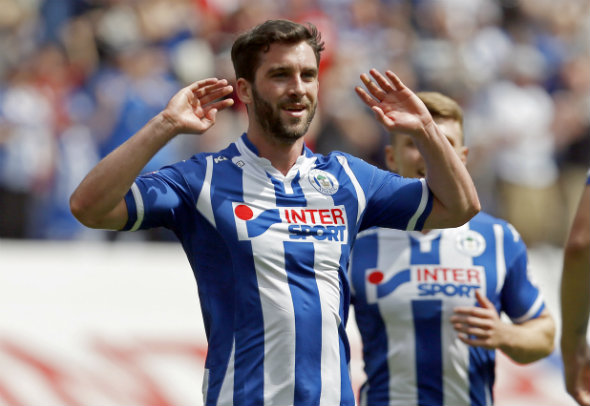 Will Grigg has played down reports linking him to Celtic and insists he is happy at current club Wigan.

The Northern Ireland international was in lethal form for League One side Wigan this season, scoring 28 goals and adding five assists in 43 appearances in all competitions to fire the Latics back into the Championship.

Grigg is an immensely popular figure among the Wigan and Northern Irish fans, inspiring a cult chant entitled ‘Will Grigg’s on fire’, and has been mooted to be attracting the attention of the Scottish giants.

The striker’s impressive performances have earned him a place in Michael O’Neill’s European Championship squad, but Grigg was dismissive of questions about his future at the DW Stadium.

“At this part of the season there’s always bits and bobs flying around but I am happy at Wigan and I will just concentrate on the Euros now,” said Grigg speaking to the Mirror.

“It means everything to be part of the squad. My first game was with the under-17s and I’ve came through the ranks. It’s the icing on the cake to be in that final squad, it’s a dream come true.”

Grigg continued to enjoy a remarkable season in front of goal by grabbing his first international goal for Northern Ireland against Belarus with an empathic volley from close range.

The 24-year-old now heads with his country to their first major championships for 30 years.

In other Celtic news, Brendan Rodgers plans to hold talks with his under-fire midfielder this week. 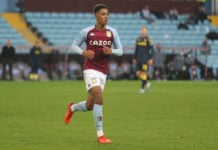