Scott Brown – 7: Another interesting day for the Hoops skipper, who was lucky not to suffer an injury after a stamp by Steven Naismith, yet again he thrived in the situation as he often does for the Bhoys.

Tom Rogic – 8: A sublime performance from the Australian playmaker, whose wonderful crossfield pass to Moussa Dembele set up the goal which put the Hoops into a 2-1 lead in the second-half.

Olivier Ntcham – 7: Thrived in the midfield battle, his partnership with Scott Brown was once again integral to all the good moments in the Hoops play as the pair dominated the middle of the park.

James Forrest – 7: Played in an unfamiliar striking role in the second-half, and did well enough in the role, was unlucky not to score with a curling just round the post, he did well enough for the Hoops. 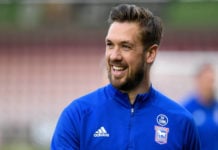