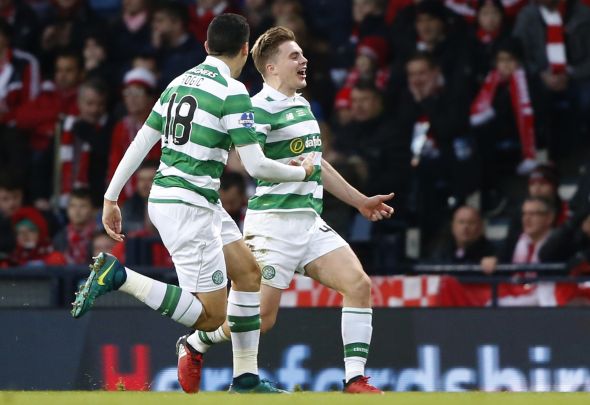 Football Insider rates the Celtic players after their 2-0 win over Motherwell in the Scottish Premiership on Saturday.

Craig Gordon 6 – Few shots on goal from the away side. But rarely looks like being beaten, continuing the trend.

Kieran Tierney 7 – Frequent bursts down the left-hand side. Demonstrated his ability to go up the gears from defence to attack.

Dedryck Boyata 6 – Good positioning and organisation. Made it difficult for Motherwell to create anything.

Jozo Simunovic 6 – Calm and assured on his return to the defence.

Nir Bitton 6 – A confident display. Faced few battles in the midfield, but hardly faded out either.

Scott Brown 7 – Bossed the midfield, superb distribution. So no change from his usual role.

Liam Henderson 6 – Improvements still to be made as a player. Has plenty of ideas but often lacking execution.

James Forrest 8 – Energetic display from the winger. Capped off with a superb goal, cutting inside and firing a low shot past the goalkeeper.

Stuart Armstrong 6 (for Henderson 45) – A welcome return for the Celtic star. Became more influential as the clock ticked down.

Callum McGregor 6 (for Bitton 83) – Little time to influence the game.

In other Celtic news, Brendan Rodgers has revealed why Leigh Griffiths did not make his return against Motherwell.