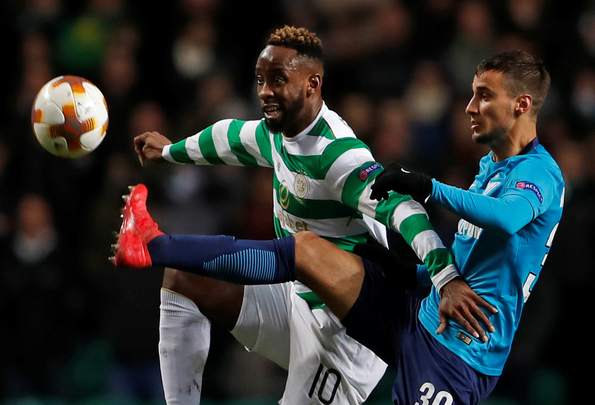 Celtic striker Moussa Dembele has had an up and down season, particularly when you compare his performances to those of last season.

But there are signs that the 21-year-old is slowing getting to his best, after scoring three goals in his last two games, but the real litmus test will be on Sunday, when the Hoops travel to Ibrox for a potential Old Firm title decider.

Whilst Dembele may have scored 32 goals last season, this season he is only on 12 so far, but there a variety of reasons for that, such as niggling injuries which affected the first-half of Dembele’s season.

The other main reasons were a loss of form and a spell on the bench as Hoops boss Brendan Rodgers was concerned that rumours surrounding a January transfer to Brighton were affecting his form.

But now Demeble seems to have his shooting boots on at just the right time as the Bhoys visit the home of their biggest rivals.

Dembele was superb against Rangers last season, scoring five goals, but this season he hasn’t scored a goal or made much of an impact in either of the two games so far.

He will be looking to make up for those performances at Ibrox on Sunday, and if Demeble is on form the Hoops could be celebrating at the final whistle.

In other Celtic news, Dermot Gallagher believes that the Hoops were fortunate to be awarded a penalty v Morton