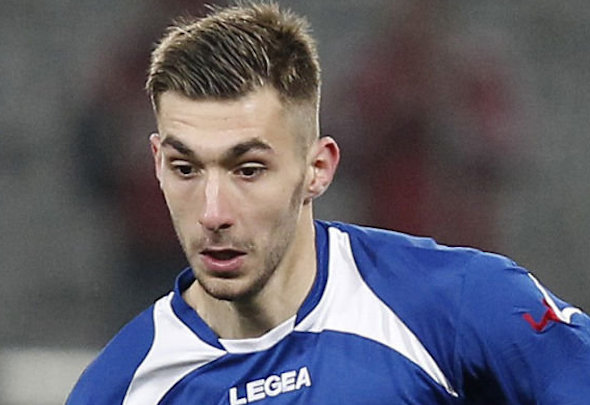 Celtic are keeping close tabs on Bosnia international midfielder Tino-Sven Susic, according to a report.

The Scottish champions are pressing ahead with summer transfer business despite the imminent departure of Ronny Deila and no firm plans of who will replace him as manager.

The £2.5m-rated Bosnian midfielder scored in Split’s 2-0 win and Pelluault will make a report as the club build up a dossier on the 24-year-old.

Premier League high flyers Leicester  were linked with a move for Susic in the January transfer window and could be ready to battle for him again in the summer.

Susic, who played for Bosnia in the 2014 World Cup and has accumulated seven international caps, has also been linked with Inter Milan this season.

He signed a new contract with the Croatian club in February of last year but it is due to expire in the summer of 2018.

Susic has scored an impressive 13 goals and supplied five assists from his central midfield berth this season.

Born in Sarajevo, he emigrated to Belgium with his parents at a young age and started out his career at Vise before working his way through the youth set-ups at Racing Genk and Standard Liege. During this time he even appeared for the Belgium Under-18 and Under-19 sides.

Since moving to Split in 2012, he made the decision to represent Bosnia & Herzegovina, although he could have also played for either Croatia or Belgium.

In other Celtic news, Stiliyan Petrov has had his say on who should replace Deila at Parkhead as manager.