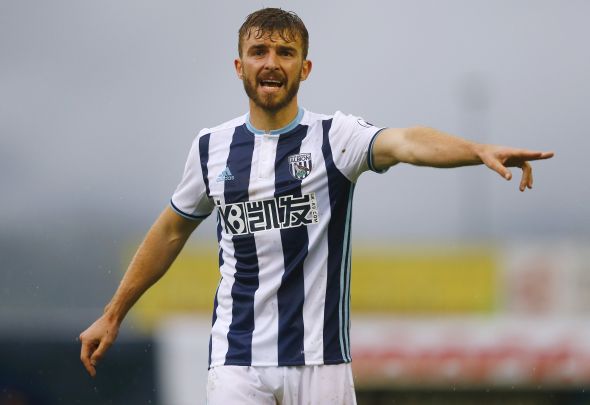 The Daily Record claimed back in September that the 30-year-old midfielder was the subject of a deadline day enquiry from the Scottish Premiership leaders.

However, a move north failed to materialise for the Scotland international, who is out of favour at the Hawthorns after making just eight appearances for Tony Pulis’ side in all competitions this season.

Central midfield is currently considered a problem area by Rodgers, who is yet to pick a permanent partner for Scott Brown in his preferred 4-2-3-1 system.

Israel international Nir Bitton started the season alongside the former Hibernian star, but Rodgers has opted more recently to partner Stuart Armstrong with his captain.

Although impressive going forward, former Dundee United player Armstrong was out of his depth in Celtic’s most recent Champions League tie against Borussia Mönchengladbach in which the Hoops secured a 1-1 draw.

The 24-year-old failed to retain possession on numerous occasions, carelessly giving the ball away in dangerous areas against the German outfit.

Bitton has also been largely disappointing during his 16 league and cup appearances for the 47-time Scottish Premiership champions, failing to provide the Champions League standard that Rodgers is looking for.

A move for versatile midfielder Morrison would supply Celtic with a goalscoring threat from midfield, as well as a work ethic that is missing in midfield duo Bitton and Armstrong.

With 283 games of Premier League experience under his belt for both the Baggies and Middlesbrough, West Brom’s number seven could be Rodgers’ sixth signing as Celtic boss.

Morrison would fit perfectly alongside his Scotland teammate Brown and could be available in a cut-price deal as he continues to fall down the pecking order in the Midlands.

In other Celtic transfer news, Manchester United are eyeing a move for this star after a superb start to his Celtic career.