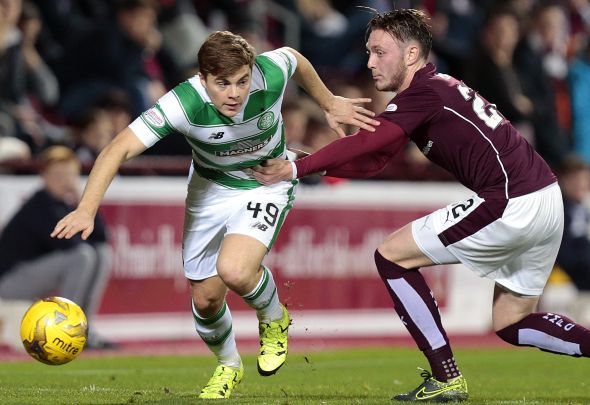 Celtic’s rejuvenated winger James Forrest is in talks to sign a new contract with the club, according to a report.

Brendan Rodgers is looking to secure a deal for the Scotland international after confirming the signing of fellow winger Scott Sinclair, who joined from Aston Villa last weekend.

The Scottish Sun claim that Forrest’s agent is set to jet into Glasgow to start talks over a new deal with Celtic chief executive Peter Lawwell.

It is said negotiations will begin on Tuesday in the hope of thrashing out an agreement by the weekend.

Forrest has less than six months remaining on his current deal, and is available on a free from January under the Bosman ruling to all non-Scottish sides.

The Celtic graduate told Rodgers that he wants to remain a Hoops player, despite rejecting a contract at the end of last season.

“He wants to stay, so it’s between the agent and the club now to arrange that.” Rodgers said.

Blackburn boss Owen Coyle was looking to complete his second Celtic raid of the summer by signing Forrest in a cut-price deal that would see him join Anthony Stokes at Ewood Park, according to the The Scotsman, but are set to miss out.

The Scotland international became disillusioned at Celtic Park last season after complaining over his lack of playing time, with 15 of his 33 appearances coming as a substitute and completing 90 minutes just once.

Under Rodgers, Forrest has played in all five of Celtic’s games this season, and scored the first league goal of Rodgers’ Celtic tenure after just eight minutes on Sunday against Hearts.

In other Celtic transfer news, this playmaker’s future is in doubt after he was left out of the Hoops’ Champions League squad.