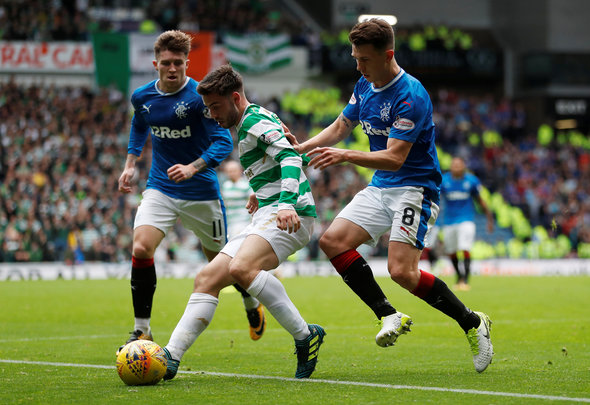 Celtic winger Patrick Roberts has returned to the Hoops first-team squad in recent weeks, but as yet he has not seen a minute of first-team action and remained on the bench.

However, the time now seems right for the 21-year-old to make his return to the first-team and make his first start since November in the Old Firm derby at Ibrox.

Roberts was excellent against the Light Blues last season, particularly in the 5-1 victory at Ibrox last May, where he won the penalty that set the Bhoys on their way to victory.

The Englishman also had an impact in the 2-0 win at Ibrox in September, when his pass set Leigh Griffiths up to score the Bhoys’ second goal.

He is a player that Graeme Murty’s side seem to hate playing, and his movement and skill on the wing has caused them all sorts of bother in the past, but starting him would be a risk considering his lack of action .

If Rodgers chooses to operate a 3-5-2 formation, Roberts and fellow winger James Forrest could thrive on the wings, and if the Gers decide to play an attacking formation Roberts could exploit the space that develops in the middle of the park.

The Hoops don’t need a win to seal the title at Ibrox, a draw would probably be enough, but if the Bhoys want to kill off any talk of an Ibrox title challenge, Roberts could well be a main man.

In the latest Celtic news, Callum McGregor has had a dig at Joey Barton