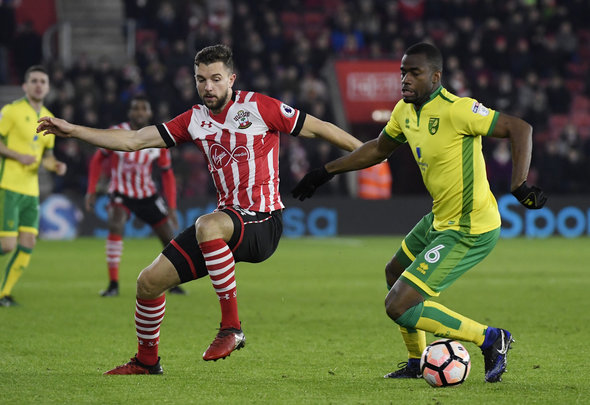 Celtic are clearly in need of another defensive reinforcement to balance their squad and could still pick up a free agent out of the transfer window.

Sebastien Bassong is available following the expiration of his contract at Norwich and is exactly the type of player that Brendan Rodgers could pick up to solve his existing problem.

The Bhoys are currently lacking centre-back options at Parkhead and it’s something that could seriously damage them during the course of a long gruelling domestic and European season.

They have already had to use Nir Bitton, Kristoffer Ajer and Kieran Tierney out of their usual position to fill the void, but that could be solved by bringing in another defensive reinforcement.

Bassong, 31, is an experienced defender that has 177 appearances under his belt and has also represented Spurs in Europe in the past.

The left-sided defender is an accomplished footballer that is comfortable in possession and is capable of some strong passing on his left foot.

However, he has also shown over the years the no-nonsense side to his game too and has the physicality to deal with individual battles with strikers.

Bassong is still at a good age in his career and is exactly the type of experienced player that could walk straight into the Celtic dressing room with no fuss.

He could provide excellent competition for the centre-back slot and will also ease Rodgers’ concern about playing people out of position.

HITC Sport have reported that Championship outfit Birmingham are prepared to offer Bassong a contract after impressing on trial with them, but Rodgers should look to elbow them aside and bring him to Scotland.

Celtic have the appeal of Champions League football on their side and should have the pulling power to land the 16-time capped Cameron international if they want him.

In other Celtic transfer news, che club would have broken their record to sign 20-year-old in the summer.