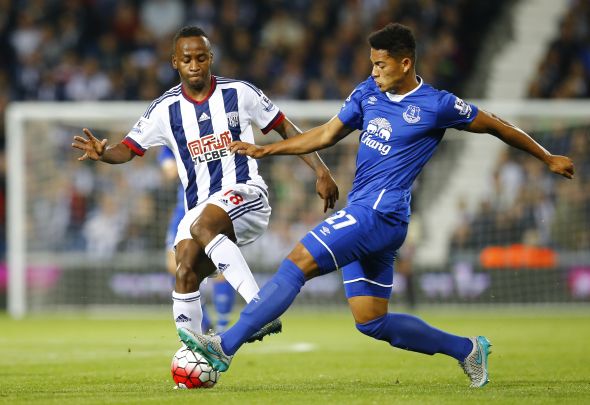 The 22-year-old is free to talk to non-English clubs in January as his current deal ends in June and he could rekindle his career and make an impact north of the border.

Celtic are currently using Mikael Lustig at right-back under Brendan Rodgers, but the Sweden international is naturally a centre-back and would provide more quality at the heart of the defence.

Summer signing Cristian Gamboa has struggled to prove why he deserves a place in the Hoops’ starting XI after a £1million move from West Brom.

Swiss full-back Saidy Janko’s future at Celtic Park is in doubt as he remains on loan with Barnsley, and therefore a new right-back could be on the agenda for Rodgers come January.

England Under-19 international Browning is out of favour at Goodison Park, with Seamus Coleman and Mason Holgate both ahead of Browning in the pecking order on the right side of defence.

Offering both pace going forward and a defensive rigidity at the back, Browning could be set to leave after Everton secured deals for Leighton Baines, Gareth Barry and Holgate but overlooked the former Wigan Athletic loanee.

Everton’s number 27 has failed to feature for the Toffees this season, despite breaking into the first team last season to make five senior Premier League appearances.

But as he fails to make an impact under Ronald Koeman, Browning could leave Merseyside in January in a cut-price deal or under the Bosman ruling in the summer as Celtic look to sign a right-back.

In other Celtic transfer news, this playmaker could be on his way out of Parkhead after failing to break into Rodgers’ first-team plans during the 2016-17 campaign.