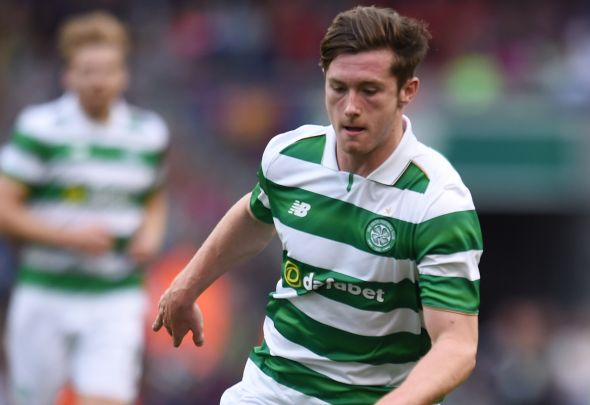 Celtic youngster Anthony Ralston is set to rejoin the Hoops squad after a lengthy spell on the sidelines due to injury, according to a report.
Video Celts report that the 19-year-old is due to play tomorrow as Celtic take on St Johnstone at Lennoxtown in the quarter-final of the SFA Youth Cup.
Ralston has been out since September after suffering a severe knee injury, and had to undergo minor surgery to repair it.
The Scotland under-21 international’s timely return to full fitness will boost the Hoops ranks, as two defenders got injured this past weekend.
Dedryck Boyata and Kris Ajer both had to be substituted as Celtic lost 1-0 to Kilmarnock on the weekend, and Ralston could serve as a viable replacement, having already played for the Hoops against PSG this season in the Champions League.
The report suggests that Brendan Rodgers is to find out the severity of their injuries at some point tomorrow, so if the 19-year-old plays well versus St Johnstone he could be in contention to start versus Zenit in the Europa League.
Ralston has been associated with Celtic for 11 years, joining the youth setup back in 2007.
In other Celtic news, Scott Brown has hit back at the Hearts manager for suggesting referees need to protect players from the Celtic Skipper.
Don’t miss out on breaking and exclusive Leeds news by clicking here for our brilliant 24/7 updates on Facebook, Instagram and YouTube.