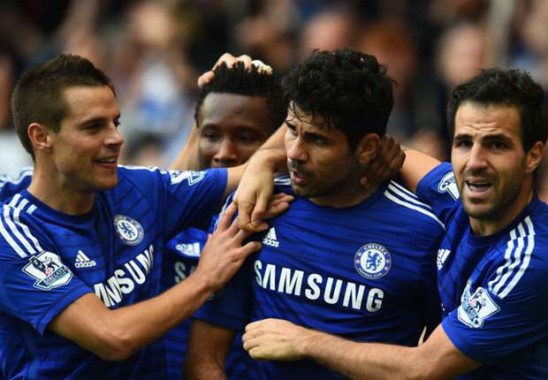 By Michael Cantillon
Cesc Fabregas has admitted Chelsea must improve their performances if they are to retain their Premier League crown and mount a serious European challenge.
Fabregas insisted that though Chelsea have been below their best this season, there is still time to turn it around, starting with Tuesday evening’s match against Porto.
He said: “It’s not good enough, we know we can do better and we will do, but we have to start from now. It’s the beginning of the season and we know it’s not about how it starts, but how it ends.
“When you are Chelsea and when you play for a big club you have to compete to your maximum in every game. We have to start showing it on the pitch, starting from tomorrow because it’s a big game and we want to do well.”
Fabregas recognised that it is the players that must lead this change and that they must act quickly if they are to taste success again this season.
He said: “We have to improve and it’s not because of the coach telling us things or him being upset that we have to perform, we have to perform because we are winners and we play for Chelsea.
“It has to come from us; we are not babies, we are not players who have only just started playing. Yes, we are a young squad, but that’s not an excuse, we won the league last season and there is no reason why we cannot do it again this year. We have to start performing from now.”
Diego Costa is available as his three-match domestic suspesion does not apply to European fixtures, and Fabregas expressed his frustration at Costa’s ban.
“Some people understand it, some people don’t,” said the midfielder. “It’s very unfair what happened to him. He’s frustrated, obviously, and rightly so.
“Apart from that, he’s a key player for us, our striker, a player who has to score our goals and finish our combinations. We expect a lot from him.
“If you want to win this competition we all have to be at the top of our game, but you need your big players to perform. He’s one of them, for sure. Diego will be very important in any Chelsea success in the Champions League this season.”


Looking ahead to the game against Porto, Fabregas spoke of the determination in the Chelsea dressing room to take the positives from the weekends 2-2 draw with Newcastle United:
“We want to play tomorrow as we did in the second half at Newcastle. But we can play better than that, I believe. What we cannot accept is the first-half performance.
“Playing for Chelsea, you want to win every game and this one is no different.”