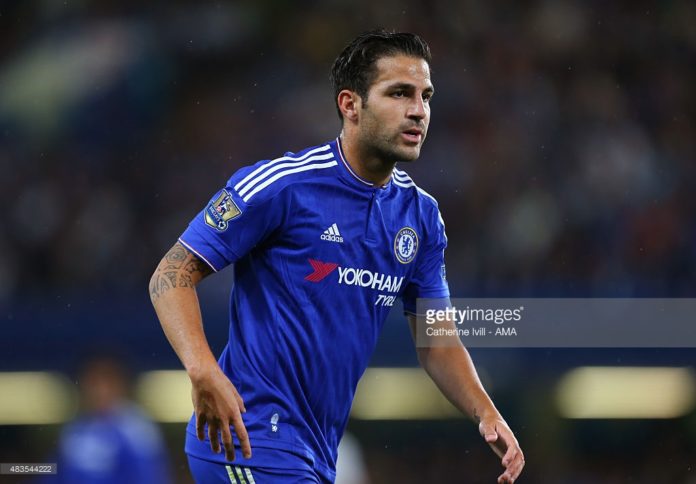 By Chelsea correspondent Tony Hughes
Cesc Fabregas has denied that he is the leader of a dressing room crusade at Chelsea against Jose Mourinho.
The midfielder was pinpointed in The Secret Footballer blog on Monday night as the leader of a “mini-revolt” against Mourinho in light of the team’s wretched start to the season.
There have also been claims about the players’ commitment towards the Portuguese, with BBC radio presenter Garry Richardson reporting at the weekend that one Chelsea first-teamer had recently said: “I’d rather lose than win for him.”
However, Fabregas took to Twitter on Tuesday morning to give his version of events.
“I would like to clarify that contrary to a few reports from some websites, I am extremely happy at Chelsea and have an excellent relationship with the manager,” Fabregas said on his official Twitter feed.
“There may be certain individuals from the outside trying to destabilise this club but I strongly believe that we will bounce back and come good again.”
The Secret Footballer, who is believed to be ex-Reading and Stoke striker Dave Kitson, highlighted how the players were unhappy with the style of player under Mourinho.
“I have it on the best authority possible that the players have told the manager that they hate the way they play,” The Secret Footballer wrote. “They hate the way they have to sit back against inferior opposition; they hate the way they aren’t allowed to express themselves.
“I’m told that Cesc Fabregas is the leader of that mini-revolt. And as a player, you do things like this when you know you are in the right. You try your luck. Why not?
“It’s your way of saying to the manager: “You can either listen to us, and give the go ahead to change and give us what we want, or we’ll keep serving you up the same old shit and embarrass you.”