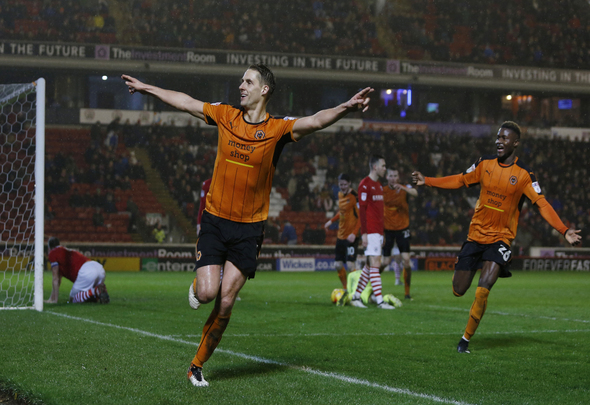 Sky Sports pundit Charlie Nicholas has backed Wolverhampton Wanderers to pull off another FA Cup upset by holding Chelsea to a draw on Saturday.

The Championship club downed Premier League giants Liverpool at Anfield last month to book their place in the fifth round, but now Chelsea – who are seven-time winners of the competition – stand in their way.

However, in his column for the Sporting Life, Nicholas refused to rule out another upset, and backed Wolves to take their opponents to a replay with a 2-2 result.

He said: “Not many will be opposing Chelsea in Saturday’s late kick-off but I think Wolves could earn a replay at least.

“They’ve lost three successive games since beating Barnsley but you do get the feeling that this Wolves side will relish the upset opportunity.

“Wolves will look to get fiery with Chelsea, which is just what they don’t need right now and I’ve got to stick with them after they came up trumps at 28/1 for me in the previous round.”

Wolves have not won the FA Cup since 1960, but back-to-back victories over Liverpool and Chelsea would give them great hope that they can go the distance this season.

In their current position in the Championship, just six points clear of the relegation zone in 18th, there has not been much to cheer about at Molineux this season.

However, despite not being able to translate their victory over Liverpool into their league form, the players and the fans were ecstatic at downing one of the Premier League’s elite last month.

Victory over Chelsea, meanwhile, against a side that has been so impressive under Antonio Conte this season, would give them great belief and confidence that they could go all the way in the cup.

In other Wolves news, goalkeeper Carl Ikeme is also confident of an FA Cup upset.