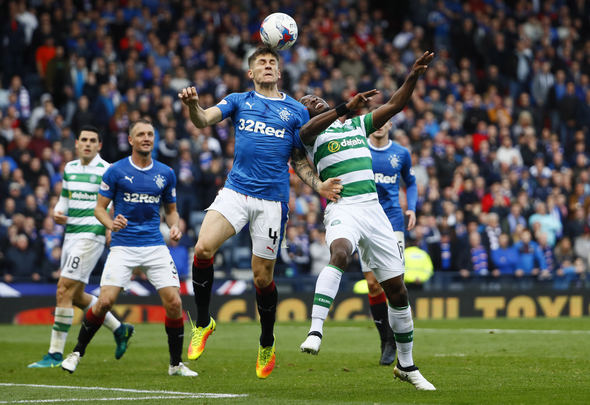 Former whistleblower Charlie Richmond believes the recent meeting between Celtic and Rangers was one of the ‘least competitive Old Firm games in living memory.’

The Scottish giants went head to head in the Scottish Cup semi final at Hampden on Sunday, with Celtic running out comfortable 2-0 winners thanks to goals from Callum McGregor and Scott Sinclair.

However, Richmond criticised both sides for their lack of feistiness throughout the tie, insisting referee Willie Collum should have had more to do.

Rival clashes of this magnitude often see referees handing out yellow and red cards left, right and centre, but Richmond insists the recent meeting ‘was not feisty at all’.

He told the Daily Record: “Willie Collum took charge of one of the least competitive Old Firm games in living memory but it might have been the calm before the storm with the rivals set to lock horns again at Ibrox on Saturday.

“It was men against boys. Celtic didn’t commit a single foul in the first half with seven for Rangers and by full-time it was 10 for Celtic and 13 for Rangers.

“In an Old Firm match you’d expect 23 fouls in the first 20 minutes! They talk about winning the small fights for a chance to win the battle but it wasn’t feisty at all.”

To further his point, Richmond also recalled an Old Firm clash officiated by Kenny Clark years ago, where three players – John Hartson, Johan Mjallby and Fernando Ricksen – were sent-off after a 22-man brawl.

Richmond, did however, suggest that the upcoming fixture at Ibrox could be a much different affair than their tame cup encounter.

Celtic and Rangers are to meet for a sixth and final time this season, with Rangers having failed to register a single win against their Scottish rivals this season.

They have lost four of their five meetings in all competitions this term, but held Celtic to a 1-1 draw at Parkhead on their last encounter in the Scottish Premiership.

In other Rangers news, Danny Wilson has delivered a damning verdict on Rangers’ display during the defeat.