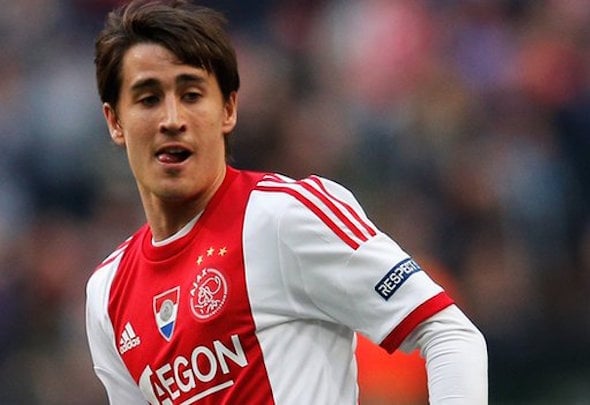 The Premier League big hitters have been alerted by the Spaniard’s outstanding displays as part of a vibrant front line at the Britannia Stadium.

Chelsea and United have both dispatched scouts to monitor Krkic’s recent performances and the two clubs will assess him in the first leg of Stoke’s League Cup semi-final against Liverpool on Tuesday night.

Reports over the weekend suggested a £10million offer could trigger a move for the 25-year-old Barcelona star, who moved to Stoke in the summer of 2014.

But Hughes dismissed the possibility of a January exit for Bojan and stressed there are no plans to let the player, who has played a key part in Stoke’s impressive start to the season, leave the Britannia Stadium.

“There’s no clause, no intention or desire from us as a club or from Bojan and his people, in my view and from what conversations I’ve had,” said Hughes at a media conference on Monday. “There’s a lot of mis-information out at the moment. It’s just a little bit of mischief making.”

Bojan has scored five goals in 16 Premier League appearances this season and been a huge success as the spearhead of a fluid front three that includes Marko Arnautovic and Xherdan Shaqiri.

The Spain international will help spearhead Stoke’s bid to get past Liverpool in the League Cup semi-final as the Potteries club look to repeat the only major trophy success they have had in their history.

Stoke won the League Cup in 1972 and and the second leg at Anfield on 26 January will determine whether they will be able to set up a Wembley return.