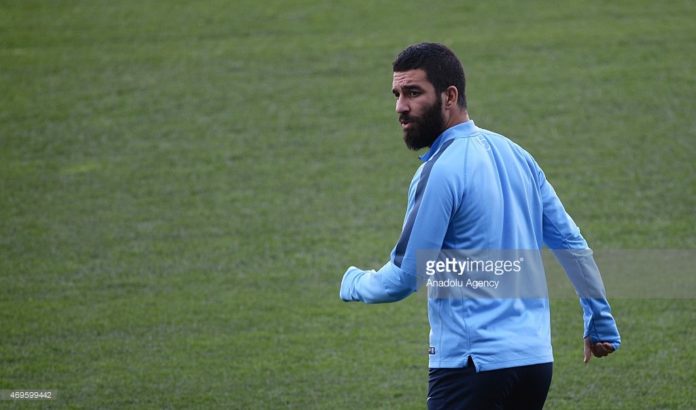 The Spanish giants are closing in on Turan even though he will not be able to play for the club until January 2016.
Chelsea expressed an informal interest in the Turkey captain but they have been told he will complete a £25million move to the Camp Nou once personal terms are finalised.

Turan, 28, signed for Atletico in 2011 from Galatasaray and his contract runs until 2017. The player’s agent Ahmed Bulut was still insisting on Wednesday night that his player had still not spoken to Barcelona but it is understood that the deal is virtually done.

Turan will join Luis Enrique’s team even though the club have a Fifa-imposed ban that prevents them registering players until January 2016.
Barcelona’s midfield is being reshaped following the departure of Xavi to Qatar. The former captain is the third big name midfielder to leave the club in as many seasons following Thiago Alcantara and Cesc Fabregas.
There is a growing sense that Turan will be joined at Barcelona by Paul Pogba, who is expected to move to Camp Nou from Juventus next summer following negotiations between the two clubs this week.