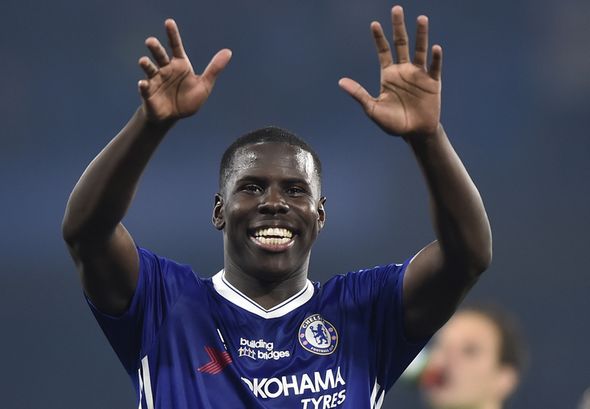 Kurt Zouma was handed a rare start for Chelsea against Watford on Monday night – but fans on Twitter were disappointed with his performance.

The 22-year-old was far from his best as part of Chelsea’s back-three, with his lack of regular action at Stamford Bridge this season translating into a rusty display.

Zouma missed the majority of the first-half of the season through injury, having suffered a cruciate ligament injury last February, and has made just three Premier League starts.

He has seen more regular opportunities in domestic cup competitions for Chelsea this term, appearing in four of their five matches en route to the FA Cup Final.

However, Zouma’s display will have done little to convince Antonio Conte to hand him a more important role in the side next season, and fans on social media feel he should be axed.

Zouma has offered nothing except some delusional back passes #CFC

Zouma no were near first team level

Zouma surely must go out on loan,To raise his market price…he surely doesn't look comfortable in this formation & ball at his feet #cfc

See you later zouma, Christiansen in a different class #cfc

A loan move has already been touted by the media, in a bid for Zouma to regain full fitness and rediscover his best form.

The Telegraph reported at the start of the month that Chelsea were prepared to let him leave on loan this summer, with Conte on the hunt for further defensive reinforcements.

John Terry, who is set to leave the club at the end of the season, opened the scoring for Chelsea in the 22nd minute, only to gift Watford’s Etienne Capoue an equaliser just minutes later.

In other Chelsea news, Football Insider analyses three of the main talking points from the victory.