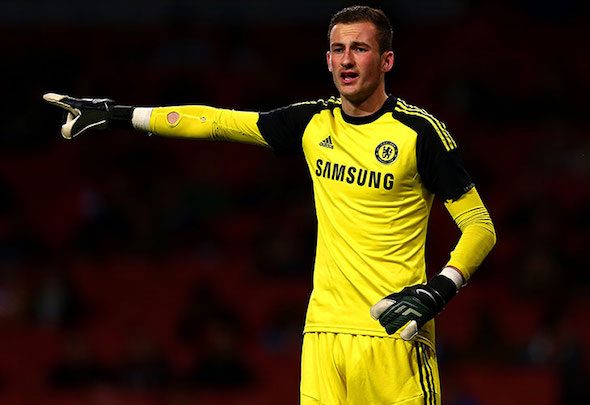 Chelsea goalkeeper Mitchell Beeney has joined Newport County on a month’s loan, it was announced on Friday night.

The 20-year-old will be part of the League Two club’s squad for their game against York on Saturday should Premier League and international clearance be granted in time.

Beeney, who has represented England at both Under-20 and Under-19 level, has signed on a month-long youth loan.

He was meeting up with the Newport squad on Friday night in York and is hopeful of being eligible to play in Saturday’s league clash.

Delighted to have joined @NewportCounty on loan, looking forward to the challenge ⚽️⚽️

Beeney tweeted on Friday evening: “Delighted to have joined Newport County on loan, looking forward to the challenge.”

The young goalkeeper, who is behind Thibaut Courtois, Asmir Begovic and Jamal Blackman in the pecking order at Stamford Bridge, is yet to make a first team appearance for Chelsea but has helped their academy sides win the Under-21 Premier League and FA Youth Cup.