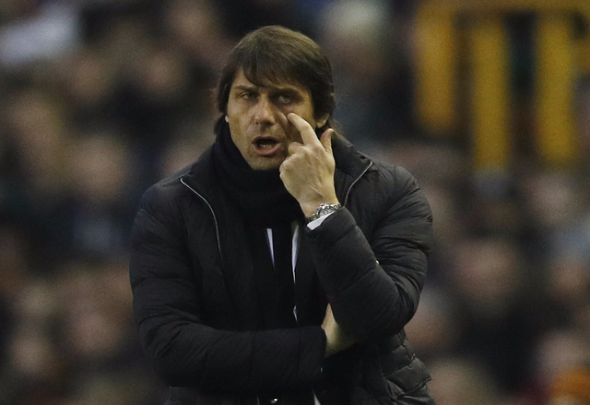 Chelsea are preparing to offer manager Antonio Conte a new contract of around £8-9m net a year in order to ward off interest from Italian side Inter Milan, according to a report.

Italian sports news outlet Corriere Dello Sport claim that the Blues’ owner Roman Abramovich is looking to make the Italian manager an offer which would make him the third highest paid manager in the Premier League, behind Pep Guardiola and Jose Mourinho.

It also claims that this was a gentleman’s agreeement based on winning the Premier League.

The move comes after Inter Milan showed interest in taking Conte back to Italy to manage the San Siro side, who have sacked boss Stefano Pioli after a disappointing season, as reported by the BBC.

Corriere Dello Sport’s report also claims that the Italian giants’ Chinese owners are prepared to make an offer between £10-15m-a-year for Conte to manage the club.

The 47-year-old is contracted at Stamford Bridge until 2019 on a reported £5.5m-a-year plus bonuses.

He has enjoyed a fruitful first year in England at the helm of the Blues, leading his side to the brink of Premier League glory as well as the chance of a domestic double, having reached the FA Cup final.

He joined the London club after a two year stint as manager of the Italian national side, where he led his home nation to the Euro 2016 quarter finals.

This news will be music to the ears of Chelsea fans worldwide. There can be little doubt that the club’s success this season is all down to Antonio Conte, who seems to have revitalised a side which were lacklustre and off the pace the season before. His decision to implement a 3-4-3 formation has worked wonders and brought out the very best of players like Victor Moses and Cesar Azpilicueta. Fans should hope that Champions League football and another title fight next season would be enough to prevent his head being turned by the huge offer on the table from Inter Milan. Still, it seems Roman Abramovic does not want to take that risk and has tabled a mega-money deal of his own. A wise move.

In other Chelsea transfer news, Newcastle have been tipped by bookies to secure the signing of this Blues star.