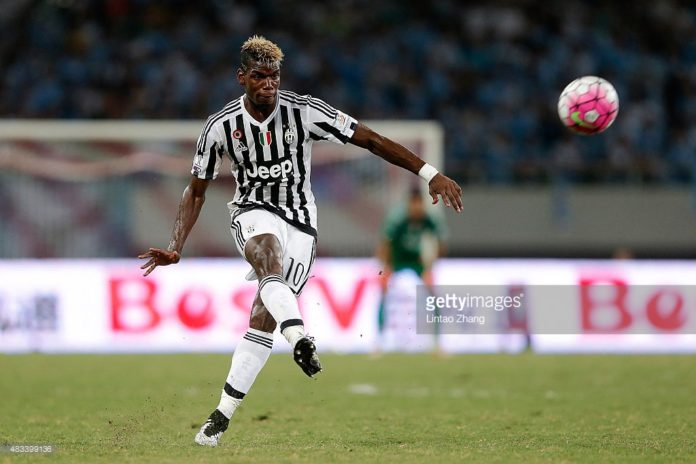 By Chelsea correspondent Tony Hughes
Chelsea have made a new bid worth £58.4million for Paul Pogba, Football Insider sources understand.
The Premier League champions submitted the offer for the Juventus midfielder during fresh discussions with Juventus officials.

It comes after Chelsea had a £54.4million offer for Pogba rejected by the Serie A champions last week and were informed that he is not for sale this summer.
Juve are expected to reject the London club’s latest attempt to entice the 22-year-old to Stamford Bridge and hold firm in their stance that the player is not for sale.
Jose Mourinho wants to add two more signings to his Chelsea squad before the transfer window closes next week, with Pogba and Everton defender John Stones in his sights in a stunning double swoop that could cost £100million.
Chelsea have made three bids for Stones and are expected to return with an improved offer of £35million for the centre-back this week despite Everton insistin
Jose Mourinho is a big admirer of Pogba and he has been on Chelsea’s radar for over a year, with Football Insider revealing in March that they were keen on signing him this summer.
The 22-year-old former Manchester United midfielder is one of the most coveted young players in the world and is also being closely watched by Barcelona, Real Madrid, Bayern Munich and Manchester City.
The cash-rich Spanish and English clubs can offer Pogba a bigger salary than that available in Serie A but Chelsea are unlikely to succeed in prizing the France international from Italy in the next week.
Juventus have already sold Carlos Tevez, Andrea Pirlo and Arturo Vidal in a major makeover of their first-team squad during the transfer window, and regard Pogba as essential to their defence of their Serie A crown and ability to reach the later stages of the Champions League.

Nonetheless, the late Chelsea signings push demonstrates how far Roman Abramovich is willing to go to back Mourinho in the transfer market.
The Premier League champions secured Pedro in a sensational £21.2million deal last week to hijack his proposed move to Manchester United, to follow the signings of Baba Rahman, Asmir Begovic and Radamel Falcao earlier in the summer.
If you feel like making some extra cash then grab yourself a £200 bonus from our trusted betting partner by clicking here: http://bit.ly/£200FreeBonus