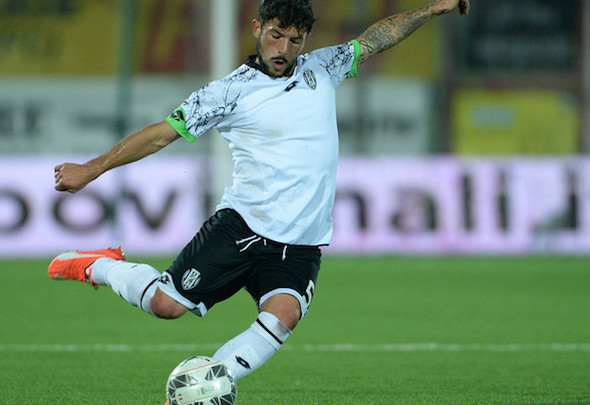 By Italy correspondent Gianluigi Carrozini
Chelsea are monitoring Italian midfielder Stefano Sensi, Football Insider sources understand.
The Premier League champions have been scouting the 20-year-old, who has been dubbed ‘the new Marco Verratti’ in Italy.
Sensi has been one of the standout players in Serie B this season, with a string of impressive performances for Cessena.
He will be watched by senior figures from Chelsea and Inter Milan – manager Roberto Mancini will be in attendance – when Cessena take on Bari tonight.
Sensi, 20, has made 11 appearances for Cessena this season and is expected to follow the same path as PSG star Verratti from Italy’s second division to the top flight.
The central midfielder, who has also won two caps for Italy Under-20s, is contracted to Cessena until 2018 but the likelihood is growing that he will leave the club next year.