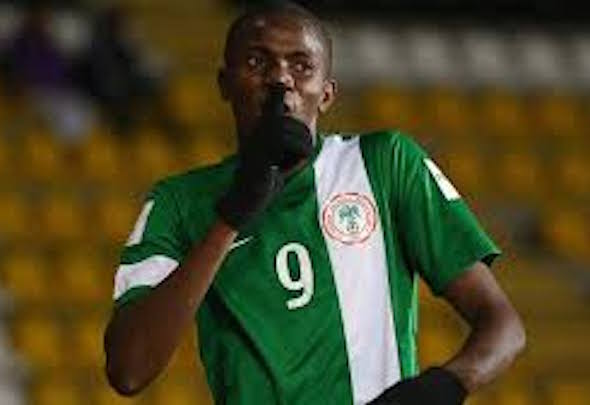 By Arsenal correspondent Tony Hughes
Chelsea are ready to join the battle to sign Nigeria wonderkid Victor Osimhen, Football Insider sources understand.
Arsenal are closely monitoring the Under-23 international and have made him an offer as they attempt to entice him to north London.
Osimhen has confirmed that he will visit the Gunners’ London Colney headquarters as he prepares to make a decision about his future.
But a Chelsea source has told Football Insider that the Premier League champions are also interested in the prolific striker, who shot to prominence during the U17 World Cup earlier this year.
Osimhen scored 10 goals in 7 games to help fire Nigeria to the trophy. He has subsequently been called up to the Nigeria Under-23 squad due to the high regard in which he is held by the national coaches.
It’s understood that a number of clubs around Europe are now tracking the player, with Arsenal, Wolfsburg and Tottenham all credited with an interest.
In an interview with footballlive.ng, Osimhen has revealed Wolfsburg have made him a substantial offer, but that he’s also waiting to see what Arsenal will do.
“I spoke with the [Wolfsburg] coach who also made several promises and if I eventually choose to sign for them, I hope they’ll keep their word,” Osimhen said.
“But I have not decided where to go yet because Arsenal are also showing strong interests and perhaps after my visit to the club, I will have a clear view of where I want to go.”