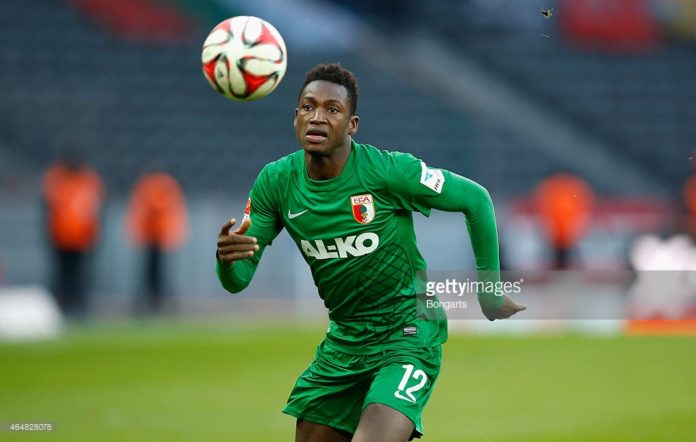 The Premier League champions finalised the transfer of the left-back in talks with Augsburg on Monday.
Sign Baba Rahman will cost Chelsea an initial £14million plus £3.5million of performance-related add-ons and he has agreed to sign a five-year contract.
Football Insider revealed that the London club were still hopeful of signing the Ghana international after having two offers rejected for him. They started the the bidding last month at £8million.
But Chelsea have made a breakthrough following fresh talks in recent days and Rahman will become Jose Mourinho’s third senior signing of the summer following Asmir Begovic and Radamel Falcao, who has joined on loan from Monaco.
Mourinho had identified Rahman, 21, as the player he wants to replace Filipe Luis, who returned to Atletico Madrid earlier this month, and provide back-up for his team’s established left-back Cedar Azpilicueta.