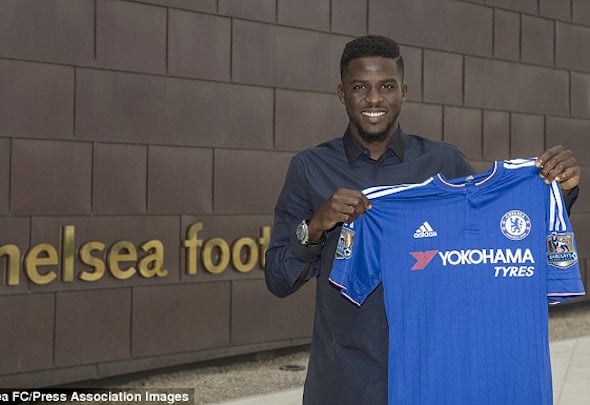 Guus Hiddink is ready to offload the centre-back after just one minute of first-team action.

A Chelsea source has told Football Insider that Werder Bremen have expressed an interest in signing the 27-year-old on loan until the end of the season.

Djilobodji joined Chelsea from Nantes on deadline day last summer for £3.5million but has hardly had a look in despite the team’s wretched campaign.

He was not included in the club’s Champions League squad under Jose Mourinho and has only been named in Chelsea’s matchday squad on four occasions, twice in the League Cup and twice in the Premier League.

The Senegal international came off the bench for the final minute of the team’s 4-1 win over Walsall on 23 September but has not subsequently figured.

Djilobodji is behind John Terry, Gary Cahill, Kurt Zouma and Branislav Ivanovic in the pecking order for centre-back places at Stamford Bridge.

Mourinho revealed in September that it was not his choice to sign the Senegalese centre-back but claimed he had been recommended to Chelsea by the same person who urged them to sign Zouma.