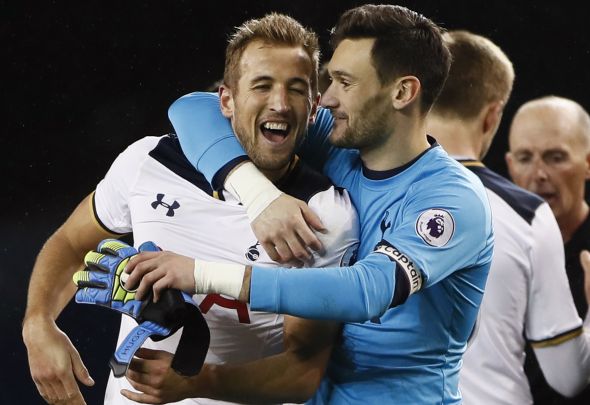 Football Insider selects the best combined XI of players who have represented Tottenham and Chelsea in the Premier League era ahead of their showdown on Saturday:

There have been a number of stars since 1992 so current star players Hugo Lloris, Toby Alderweireld, Diego Costa and Harry Kane miss out as well as illustrious predecessors such as Claude Makelele, Arjen Robben, Jurgen Klinsmann, Dennis Wise and Ledley King.

The Tottenham keeper is currently one of the best in the Premier League but Lloris misses out to Petr Cech who is regarded by many as Chelsea’s best ever shot-stopper.

In front of Cech, his former teammate John Terry sits in the middle of a back three consisting of former Tottenham star Sol Campbell, as well as William Gallas who played for both clubs during a hugely successful career.

Between the trio, they won eight league titles as well as keeping a combined total of 217 clean sheets throughout their Premier League career so it’s no surprise Toby Alderweireld doesn’t make the cut.

If the defence wasn’t impressive enough, the midfield is packed with attacking stars and included two of the world’s best players who currently play their football with Real Madrid.

Luka Modric and Gareth Bale became two of the Premier League’s greatest players during their time at Tottenham and Bale went on to become the world’s most expensive signing when he moved to the Bernabeau for £85 million in 2013.

The Spurs duo are joined by Chelsea legends Frank Lampard and Gianfranco Zola who both made over 100 league appearances for the club and scored a combined total of 206 goals in the Premier League.

The only player expected to feature on Saturday that is included in the side is Eden Hazard. The Belgian was voted the PFA Player of the Year at the end of the 2014-15 and has already netted seven goals this season in 15 appearances in all competitions.

Tottenham and Chelsea currently have two of the best strikers in the league in the forms of Kane and Costa but neither make the combined XI which tells of the quality of some of the club’s past stars.

Chelsea striker Didier Drogba had to be included after scoring 164 goals in 382 appearances for the club. He became a legend in 2012 when he scored in what was believed to be his final game of the club to lift the Champions League trophy in 2012.

Alongside him is one of Tottenham’s greatest players of all time – Teddy Sherringham. The former England captain netted 125 goals in a total 277 appearances for the club and tops the list of a number of attacking stars including Dimitar Berbatov and Kane.

In other Tottenham news, this is Football Insider’s best possible Tottenham XI to face Chelsea on Saturday.