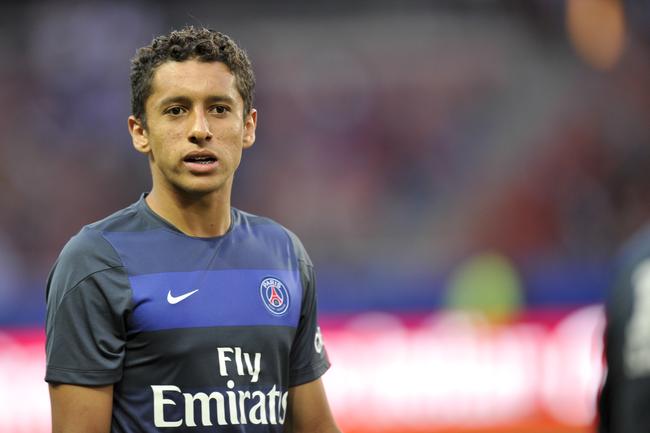 By Editor
Chelsea could reignite their interest in Paris Saint-Germain defender Marquinhos in January, Football Insider sources understand.
The Londoners made a deadline-day bid for the centre-back during the summer window but were knocked back by the French club.
Chelsea remain in the market for a top-class defender with his best years ahead of him and will monitor Marquinhos during the coming months.
Jose Mourinho’s team have also not given up hope of enticing John Stones from Everton after failing with a flurry of bids for the England international during the summer.
Chelsea are prepared to pay a £35million-plus fee for a new centre-back.
Brazilian Marquinhos, 21, is currently rated at around £45million by PSG, who signed him from Roma in 2013 for a fee of £25million. It was a then world record sum for a teenager but was beaten over the subsequent two summers by the transfer fees that Manchester United paid for Luke Shaw and Anthony Martial.
Marquinhos is of interest to Chelsea not only because he plays centre-back but he can also fill in at right-back.
The latest Chelsea transfer news come as the Premier League champions assess their options to reshape a squad that has struggled so badly in the first months of the season.
Mourinho’s team are 16th in the Premier League after losing four of their opening eight matches in the competition.