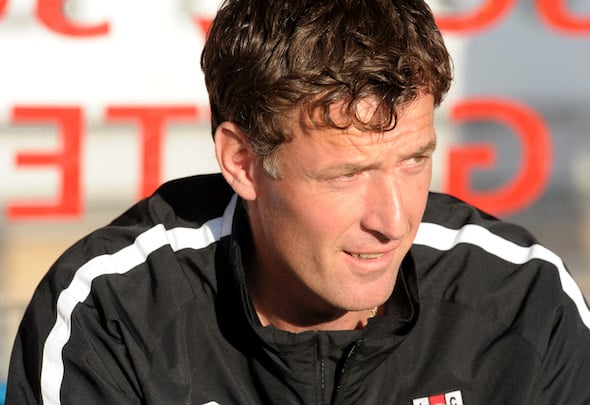 Chris Sutton has rubbished Craig Bellamy’s big claim that no one in England cares about what success Brendan Rodgers may have at Celtic due to the predictability of the Scottish top-flight.

The Hoops have not lost a single domestic fixture since Rodgers took charge last year and managed to win the treble in a stunning 2016/17 season for the club.

However former Parkhead forward Bellamy has been quoted by the Scotsman as saying that there was a lot less interest in him as a player after one campaign in Scotland than there was when he was in England, suggesting that the league’s reputation south of the border isn’t that great.

Ex-Celtic striker Sutton took to his personal Twitter account on Thursday morning to hit out at the Welshman’s claim, saying that he is “talking a load of rubbish here”.

Craig Bellamy is talking a load of rubbish here….. https://t.co/MdjFxgjFtu

The state of football both north and south of the border has also been a topic of debate with British supporters and it’s no surprise that Sutton has taken this stance due to his well known affinity with Celtic.

He spent six years of his career at Parkhead winning four league titles as well as helping the Hoops reach the UEFA Cup final in 2003.

Bellamy only spent half a season on loan with the Bhoys while he was on the books at Newcastle and managed to win the 2005 Scottish Cup while playing alongside Sutton.

In other Celtic news, Sutton has chosen whether the Hoops or Rangers have the best goalkeeper.