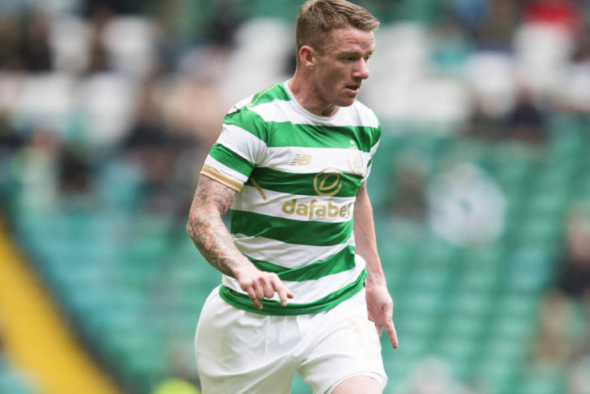 Outspoken pundit and former striker Chris Sutton has included Celtic summer signing Jonny Hayes in his team of the week after the Hoops 4-0 crushing of Ross County.

The Glasgow giants ran out a convincing win at Parkhead on Saturday afternoon with goals coming from each of Tom Rogic and Moussa Dembele alongside a James Forrest double.

It was an impressive performance from the Scottish club, who moved two points clear at the top of the Premiership table after just six games.

Of those impressed included Sutton, who named Hayes, Craig Gordon and Tom Rogic in his team of the week via his personal Twitter account on Monday afternoon.

Hayes arguably gave his best performance in a Celtic shirt against Ross County after signing from Aberdeen back in June for a fee in the region of £1million.

The 30-year-old had, had a fairly quiet first nine matches for the Hoops in all competitions, but against Ross County he showed his ability in the left-wing-back position.

The experienced attacker will now be hoping to continue his weekend form with matches coming up against Dundee and fierce rivals Rangers in the week.

In other Celtic news, a Rangers midfielder has admitted their team has been deal a blow ahead of Hoops clash.