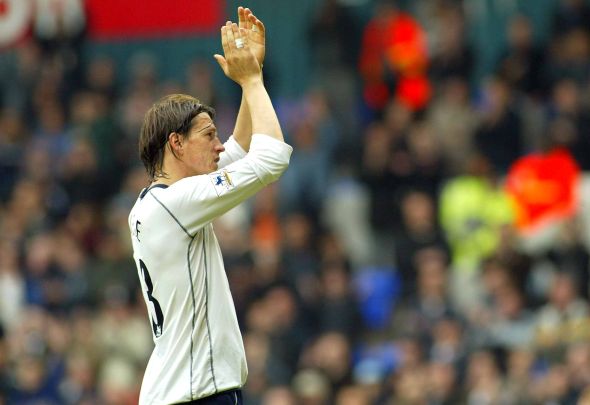 Christian Ziege believes Tottenham will earn all three points against Manchester United on Sunday afternoon as they bid farewell to White Hart Lane.

Spurs play host to Jose Mourinho’s United in their final match at the Lane before it is demolished, as the north Londoners relocate temporarily to Wembley for the 2017-18 season.

Posting on his personal Twitter account, former Spurs ace Ziege wished “good luck” to his former side before claiming they would earn a 2-1 victory over United.

Good luck to @SpursOfficial today on the final game at the lane! My prediction is 2-1 to #Spurs 👊 #COYS #TheLaneTheFinale #memories pic.twitter.com/BudPnXreb9

Spurs come into the game off the back of 12 straight home wins, as they kept the pressure on Chelsea at the top of the Premier League table.

However, their loss at West Ham last week ended their faint hopes of toppling Chelsea, as Antonio Conte’s side were confirmed as champions with a 1-0 win over West Brom on Friday night.

Mauricio Pochettino will be hoping his side can get revenge on United after losing 1-0 at Old Trafford back in December thanks to a Henrik Mkhitaryan goal.

Already confirmed to finish in the top four, Spurs could affect the race for rest of the Champions League places with a win, leaving Arsenal and Liverpool to fight it out for fourth spot.

Ziege, 44, played for Spurs for three years between 2001 and 2004 after spells with Liverpool and Middlesbrough, featuring a total of 48 times under manager Glenn Hoddle.

In other Tottenham news, Daniel Levy has revealed his pride to be Spurs’ chairman following their 2016-17 campaign.