Thomas Christiansen has admitted that Leeds United are just a “normal” team if their levels drop by “20-30 per cent”.

The Elland Road manager urged his players to ignore the outside praise and bounce back from their 1-0 defeat at Millwall on Saturday.

Leeds were given a reality check at the New Den as they struggled to cope with the hostility on the terraces and the ferocious competitiveness of the hosts.

Christiansen’s side, who have been widely hailed for their excellent start to the campaign, slumped to their first defeat in all competitions under the man who was appointed in June.

“We should not believe in all the things we hear,” said Christiansen, as quoted by the Mail. “We have to believe in the work and what has brought us to where we are.

“Many things went wrong at Millwall. It is about having our feet on the ground and knowing it is not all so nice and beautiful as we have seen until now.

“We have to face reality, these days will come and sometimes you have to work very hard to take a good result.

Leeds remain top of the Championship table but they are ahead of second-placed Wolves and Cardiff City in third only on goal difference.

Christiansen is now looking for a reaction from his team as they prepare for their League Cup clash away to Premier League outfit Burnley on Tuesday night.

Sean Dyche’s side have begun the season in fine form and held Liverpool to a 1-1 draw at Anfield on Saturday. 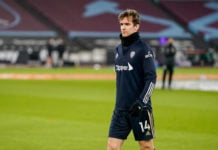 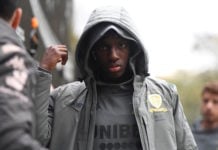