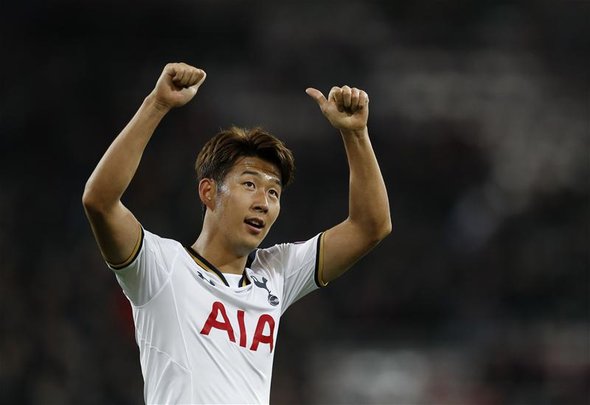 Former Tottenham striker Clive Allen has heaped praise on the performances of Heung-Min Son this season – and hailed the two qualities that make him special.

The 24-year-old scored five away goals in September, which has seen Mauricio Pochettino’s side secure six victories in their last seven outings in all competitions.

Allen scored 112 goals in 173 games for the White Hart Lane club, including a record-breaking 49 in the 1986/86 campaign, breaking the great Jimmy Greaves 42 goal haul for a single season.

Spurs legend Allen explained the reason why he has been impressed with the performances of Son this season as he identified his pace and change of directions as two qualities that make him stand out.

“I think Son looks really confident and comfortable within the group at the moment and his goalscoring is showing that he’s a taker of chances,” Allen told the club’s official website.

“That’s good news because with the unfortunate injury to Harry Kane, we needed someone to take on the mantle of scoring consistently.

“Son is really positive in the positions he’s getting into and then when the chances are being created, he’s been very clinical. He looks a real danger at the moment and long may it continue.

“He also has a change of direction and pace which is always vital, especially in one-on-one situations. As soon as you see him on the ball one-on-one you are confident he can go by the defender and with that in mind, team-mates will give him the ball and give him that opportunity to take players on.

With the absence of key striker Harry Kane, Son has helped Pochettino’s men secure victories in their last two outings, most recently their 2-0 triumph of table toppers Manchester City.

The north London club are on 17 points after seven games, one point behind Pep Guardiola’s City, with Spurs due to travel to West Brom after the international break.