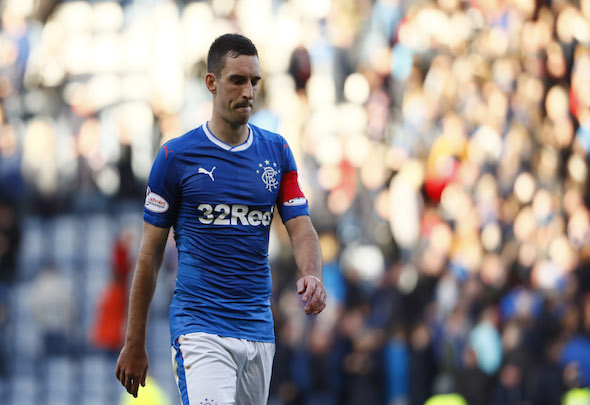 Rangers drew 1-1 in a closed-doors friendly with St. Mirren on Tuesday afternoon, according to a club insider, with captain Lee Wallace reportedly playing the full 90 minutes.

The Gers skipper has been out of action since September but the fact he played the full 90 minutes, according to fan site Four Lads Had A Dream on Twitter, suggests he might just come into the side to face Celtic at Ibrox on Sunday.

With Wallace and Declan John both sidelined, the Gers have had to play Andy Halliday at left-back in their previous two games but it is almost certain one or the other will come back into the side ahead of Halliday on Sunday.

John is believed to be close to a return to fitness and his brief absence might not have warranted him getting any game-time against the Buddies and instead allowed Wallace to play the full 90 minutes.

Bringing Wallace straight back into the side if John is available would be a huge gamble given how long the former Hearts star has been out of action for with a closed-doors game no match for real, competitive game-time.

Having both available for selection though will be a big boost for the Light Blues as they try and close the gap to their bitter rivals to three points at the top of the Scottish Premiership.