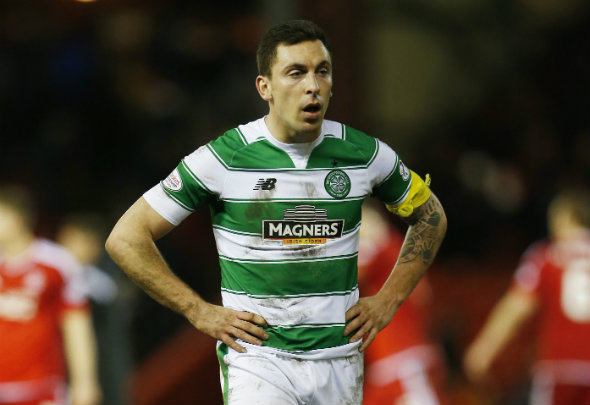 Hearts want Celtic captain Scott Brown to be disciplined by the league after he labelled Jamie Walker a cheat, according to a report.

Talking after his side’s 2-1 Scottish Premiership win over Hearts last Sunday, in which Walker won a controversial first-half penalty, Brown said Walker had dived and was a cheat.

The SFA subsequently looked dimly upon Walker’s conduct and he was given a two match ban for simulation on Thursday.

The Scottish Daily Record claim that the Hearts hierarchy are seething at the outburst from Brown and want him to also be in the dock for his comments.

Walker was cited under Disciplinary Rule 201 and an SFA statement said: “At the above match you committed an act of simulation in that you did pretend that you were fouled by a player on the opposing team, namely Kieran Tierney, and did thereafter dive in the penalty box of the opposing team.

““That this act of simulation caused a match official to make an incorrect decision, namely the incorrect awarding of a penalty to Heart of Midlothian FC.”

The decision ultimately didn’t stop Celtic winning the game, with new signing Scott Sinclair the hero as he scored the winner on his debut.

The winger came off the bench in the 61st minute with the score at 1-1, and in the 81st minute he scored to send Celtic fans home jubilant.

The Glasgow giants only confirmed the signing of Sinclair on their official website on Sunday morning as the player joined on a four-year deal, much to the delight of supporters on Twitter.

He is one of four signings for the Glasgow giants, with Moussa Dembele, Kolo Toure and Kristoffer Ajer at Parkhead.

The Hoops are hoping to win their sixth successive league title, but face stiff competition this year with Rangers returning.

Their Old Firm rivals could only draw 1-1 in their Premiership opener against Hamilton, meaning Celtics open an early league gap.

In other Celtic news, here is their expected 4-4-2 lineup to face Inter Milan and it includes two wingers from the off.