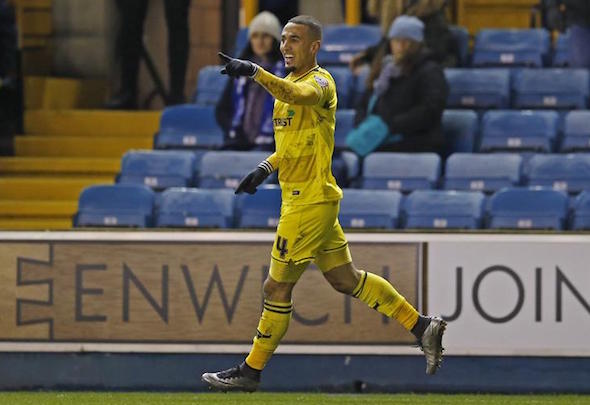 The newly-promoted League One club announced on Saturday morning that they have landed Thomas, 29, on a two-year deal after taking advantage of his fringe status at Birmingham.

This could pave the way for Oxford to sell Leeds target Kemar Roofe, who has been slapped with a £3million price tag by club chiefs.

Prolific forward Roofe has attracted the attention of numerous second-tier clubs on the back of a campaign in which his goals spearheaded his team’s promotion to League One and earned him League Two’s player-of-the-year award.

But the Yorkshire Evening Post claim Leeds have been put off by the asking price for a player they rate in the region of £1.5million, half of Oxford’s valuation.

“To be fair, that (£3m) has always been my minimum number for Kemar,” Oxford chairman Daryl Eales told the Oxford Mail. “He’s got two more years on his contract and there’s no pressure on Michael (manager Michael Appleton) to sell anyone.

“If someone comes in with a valuation that matches ours we will think about it but no-one has.”

Leeds have been chasing other targets and are expected to announce the signing of Swedish striker Marcus Antonsson from Kalmar by the end of the week, a deal which could cost close to £2million including add-ons.

It is reported that Manchester United forward Ashley Fletcher has also been shortlisted by Leeds after failing to sign the new contract offered by the Premier League giants.

League One outfit Oxford are committed to securing a substantial fee by a large sell-on clause secured by his old club West Brom.

The 23-year-old former Hawthorns trainee finished the 2015-16 season with 25 goals and 12 assists in all competitions, including 17 goals in 40 league appearances.

By contrast, new signing Thomas scored five goals in 18 matches in 2015-16, albeit at the higher level of the Championship.

Leeds are currently looking to bolster their squad under the command of new manager Garry Monk after he replaced Steve Evans last month.