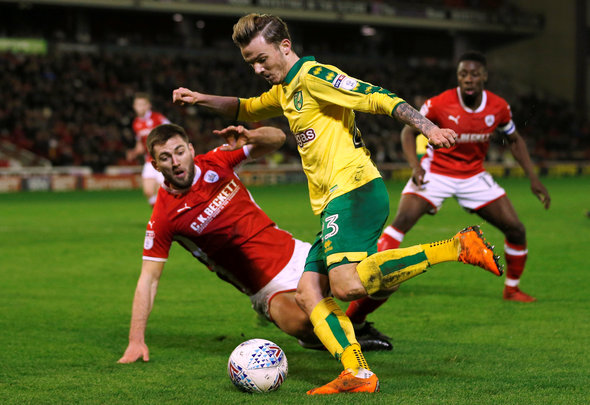 The amount of money in English football is staggering, and this has been shown by the soon-to-be completed transfer of Norwich’s James Maddison to Leicester.

BBC Sport are reporting that the 21-year-old is set to join the Foxes for £20million, an incredible sum for a Championship player.

It should be remembered that Maddsion spent the first-half of 2016-17 on loan at Aberdeen where he didn’t pull up any trees, scoring only two goals in 18 appearances.

The fact that a player who was nothing special in Scotland can be sold for so much money only 18 months later should be a lesson for the Hoops when it comes to selling their players.

The days of teams in England trying to get players from Scotland on the cheap are now over, and if the Hoops are to sell the likes of Moussa Dembele and Kieran Tierney in the future the starting price should be a minimum of £20million.

People will no doubt complain about the standard of the league in Scotland but it is unlikely that scoring 11 goals in the Championship – like Maddsion done last season – all of a sudden turns a player into being worth £20million.

It’s time that the Hoops – and the rest of Scottish football – stood up and be counted when it comes to the valuation of their players.

In other Celtic news, Murdo MacLeod has given his verdict on a Hoops signing