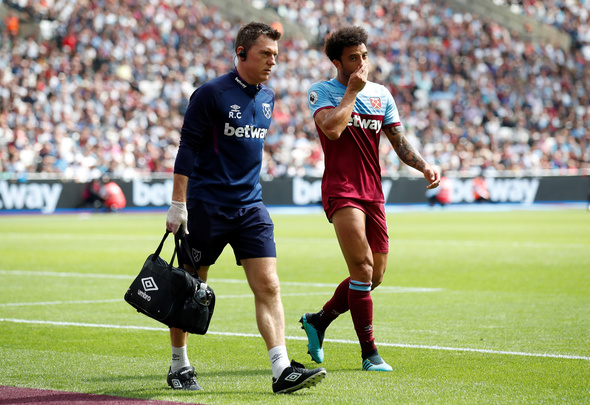 Darren Bent has revealed he thought West Ham attacker Felipe Anderson was destined for a top-four side last season before going “completely off the boil” at the London Stadium.

The former Spurs and England striker, speaking exclusively to Football Insider, says that the Brazilian’s early form for the Hammers had him tipping the versatile forward for a move to one of England’s biggest sides.

Anderson enjoyed a fine run in the side from October to December back in 2018, scoring eight goals in 12 appearances, as well as chipping in with as assist.

However, his performances after the turn of the year saw him net just one more goal and contribute two assists, leaving Bent to question his prediction of a big move across the Premier League.

Bent told Football Insider: “It depends what Felipe Anderson turns up, because the Felipe Anderson we saw at the start of last season had me thinking one of the top-four sides are going to come in for him because he was absolutely destroying teams.

“He went completely off the boil, I was thinking: ‘What’s going on here?'”

The new campaign has seen the 26-year-old feature just once in the 5-0 defeat to Manchester City, injury forcing him to the sidelines against Brighton.

In other West Ham news, Football Insider can reveal the club are plotting a big-money contract offer.