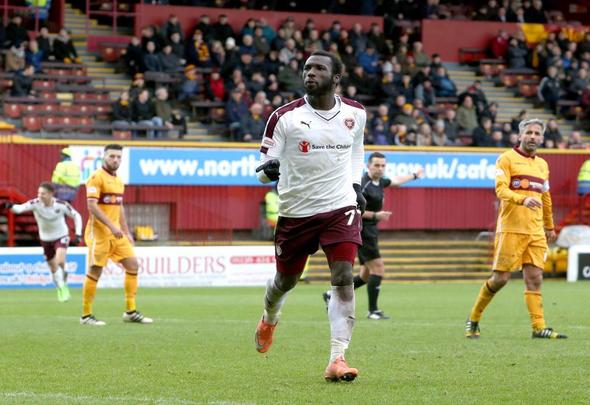 Forward Isma Goncalves is available to play for Hearts against Rangers on Saturday after having his red card rescinded, it was confirmed on Thursday.

The 26-year-old striker saw a straight red card after 69 minutes in last weekend’s clash against Kilmarnock following an off the ball incident with Kirk Broadfoot.

However, Hearts confirmed on their official website and Twitter account on Thursday afternoon that he is now available to face the Gers at Ibrox on Saturday after his appeal for the red card was upheld.

Red card issued to Isma at Kilmarnock has been rescinded | https://t.co/41qIhPqXkG pic.twitter.com/hPbIkAgDUI

Rangers midfielder Ryan Jack also saw a red card last weekend after being sent off in the 36th minute following a challenge on Dylan McGeouch.

The Gers also submitted an appeal and it was said that the result will be heard on Thursday, but there has not yet been any update given on the decision on the midfielder.

Fans of the Ibrox giants will certainly be hoping that Jack can make an instant return alongside manager Pedro Caixinha given the impressive displays of the midfielder since his move from Aberdeen earlier in the summer.

However, there could also be an uproar if the decision makers decided that the red card issued against Jack was warranted.

In other Rangers news, Caixinha has given a mouthwatering transfer update.