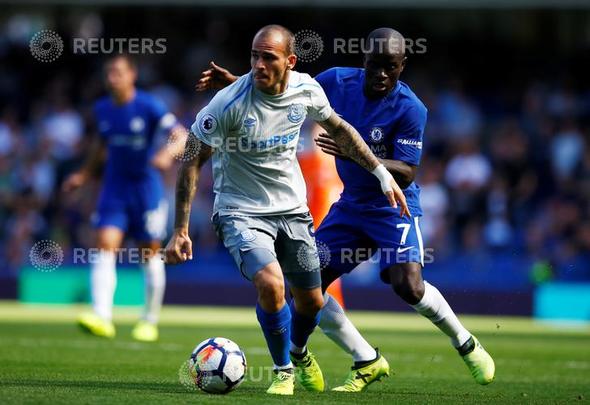 Everton FC have confirmed the news that Sandro Ramirez is going to join Sevilla on loan until the end of the season, once he passes a medical.
The Merseyside club posted the news to their official Twitter account this evening:

🔵 | Sandro Ramirez is to join Sevilla on loan until the end of the season, subject to a medical.https://t.co/nkIyX53xZK pic.twitter.com/NU3GzjsYXL

The 22-year-old joined Everton from Malaga in the summer, after the Toffees triggered his £5.2million release clause, thought to be a major coup at the time.
However, things did not play out that way, as the Spaniard has managed only one goal in his 15 appearances for the club, scoring in a Europa League fixture.
Sandro is yet to score a domestic goal for the Toffees, and the january arrival of Cenk Tosun had pushed him even further down the pecking order.
Football Insider verdict:
Everything points towards Sandro having success at Sevilla. The young Spaniard has shown he can hack it in La Liga, hjaving scored 14 goals in his 28 appearances for Malaga last year, and with the World Cup coming up, he will be keen to show what he can do. The chances have been few and far between for Sandro at Goodison Park, so time away to regain some confidenc could be all that he needs to get back to his prolific scoring ways. Big Sam will be keeping an eye on the 22-year-old, as he is one of the more promissing striking talents, things just haven’t worked out for him so far.
In other Everton transfer news, Allardyce has confirmed that he is happy for this Ronald Koeman signing to leave the club.